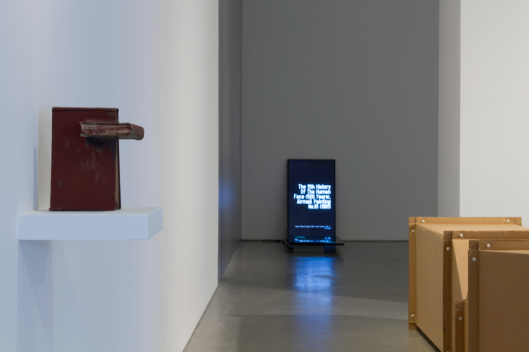 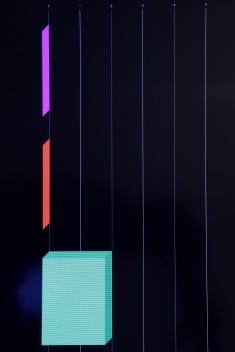 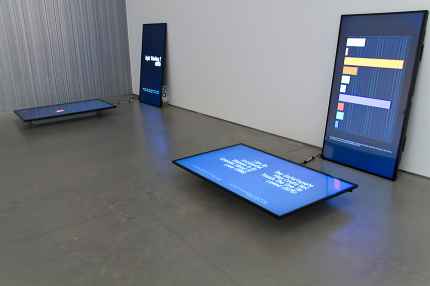 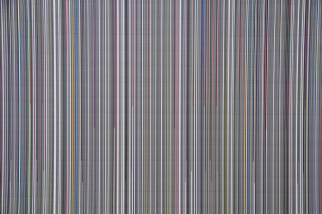 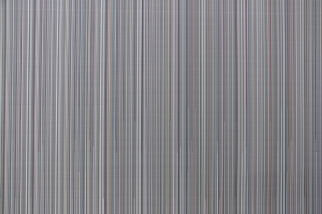 Time After Time is curated by Professor Stephen Foster, John Hansard Gallery’s Director from 1987–2017 and reflects on the Gallery‘s history and programme.

Bridging both its previous and new city centre homes, Time After Time re-examines some key site-specific installations that were shown at the Gallery between 1993 and 2016 by artists Caroline Bergvall, Victor Burgin, Hamad Butt, John Latham, Charlotte Posenenske, alongside a new work by Walter van Rijn. By remaking these works, the pragmatics of reimagining the ‘original’ temporary installation and the significance of ‘site’ are explored.

Since being founded in 1979, John Hansard Gallery was located on the University’s Highfield campus in a building that was originally designed to house a tidal model of the Solent basin. During this time, the Gallery was marked by a consistent and focused programme, an element of which explored the legacy of the early conceptual art movement and its influence on succeeding generations of artists. Embracing the Gallery’s unique position within the University, new commissions were often created through mutually beneficial collaborations between artists and academics from a wide variety of disciplines. In 2018, after 39-years on Highfield campus, John Hansard Gallery relocated to a new purpose-built city centre space in Southampton’s Guildhall Square.

The exhibition Time After Time examines the long-term value of what are often initially conceived as temporary or transient works, helping to link the original John Hansard Gallery location with its new city centre home. The exhibition explores the nature of site-specificity in various ways, some of the works represented for Time After Time were made to be preserved, some have been adapted from earlier presentations, and some have been reimagined from their original showings. (http://www.jhg.art)

Imagine a robot visiting the gallery. vvvr___718 goes to the gallery’s database and looks up the artworks and reads the title and other metadata. Sometimes vvvr___718 looks up all the 5000+ artworks in order of exhibition at the John Hansard Gallery. The sequence is shown on a large digital screen in the exhibition and it takes about 8 hours to complete.
In another sequence, the robot makes a selection based on the keywords of the human rights declaration. It then displays and reads these 185 titles. This sequence is also shown on the digital screen at the installation UGLYD. In addition, 25 prints are made from this sequence and one print is “He Thought That UGLyD”.

The installation is a dispersed work of art in the form of a database, font, books, text-based prints, wallpapers, large digital screens and online posts. All together it creates and environment of data that opens up the exhibition history of the John Hansard Gallery to different views and speculative simulations of the archive. The archive might be a small contained world, but it is a perfect sandbox to speculate on the question how can we be human in a digital, AI world, where data is the ocean we swim in. And talking about data itself, is there ultimately a difference or a boundary between art and meta-data?
The wall papers are based on data, such as exhibition titles and dates from the archive, including the original exhibitions of the artists shown in Time After Time. The large digital screens show simulates of a virtual gallery visitor who, in a sort of blinkered robotic way, goes to all the artworks ever shown at the gallery and reads the artwork titles. The robotic visitor takes one day to see and read all 5000+ artworks, and repeats this every day…
Outside the gallery the project continues to be dispersed through libraries, databanks and Instagram posts.